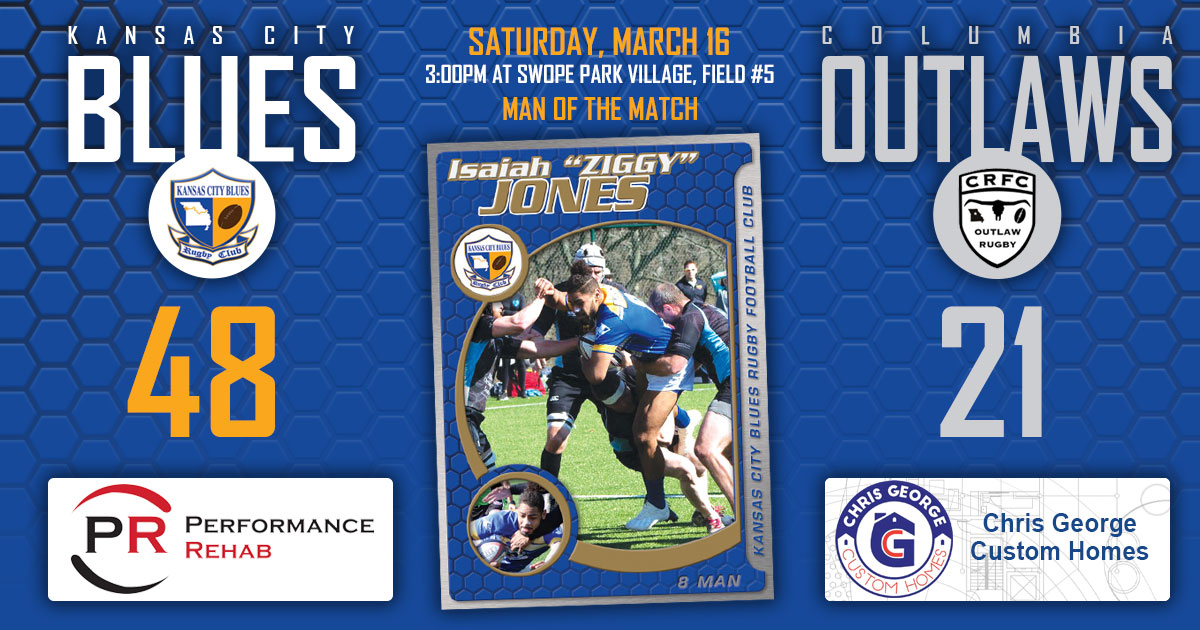 On a gorgeous and crisp spring day the D2 Blues got off to a hot start and never let their foot off the gas, running away from the Outlaws with a final score of 48 to 21!

Josh Spangler got the scoring started with a beautiful try and Connor Michael Burke converted the difficult kick to give the Blues a 7-0 lead. The boys would never trail in the game getting tries from Spangler, Ahmed Thierry Barro, Connor Burke, Ring Deng, Trevor Sousley, & Isaiah "Ziggy" Jones who was able to get in twice. Ziggy was named the man of the match after his two tries and the relentless offensive pressure he provided all day. Dash Hudson also had a fantastic game, his first ever at hooker, delivering some devastating hits on defense and seemed to always be around the action. Cade Lambson was an absolute force and the only thing that could stop him was a small laceration to his ear that had all of the Outlaws breathing a sigh of relief when the big fella went off to get taped up. Johnny "Boots" Knutsen seemed to make all the right decisions at 9 as the boys were running downhill all day. Casey Cummings was the Captain and emotional leader while coaching up all the rookies on the field.

The Blues were only able to get in about four and a half practices before the friendly and some rust and mistakes were to be expected. However, the boys never stopped competing and were ultimately too much for the visitors. The Blues D1 & D2 teams will be back in action this weekend (3/23/19) against the Wichita Barbarians with the D1 kicking off at 3:00 p.m. on Saturday at Swope Park Soccer Village. See you there! 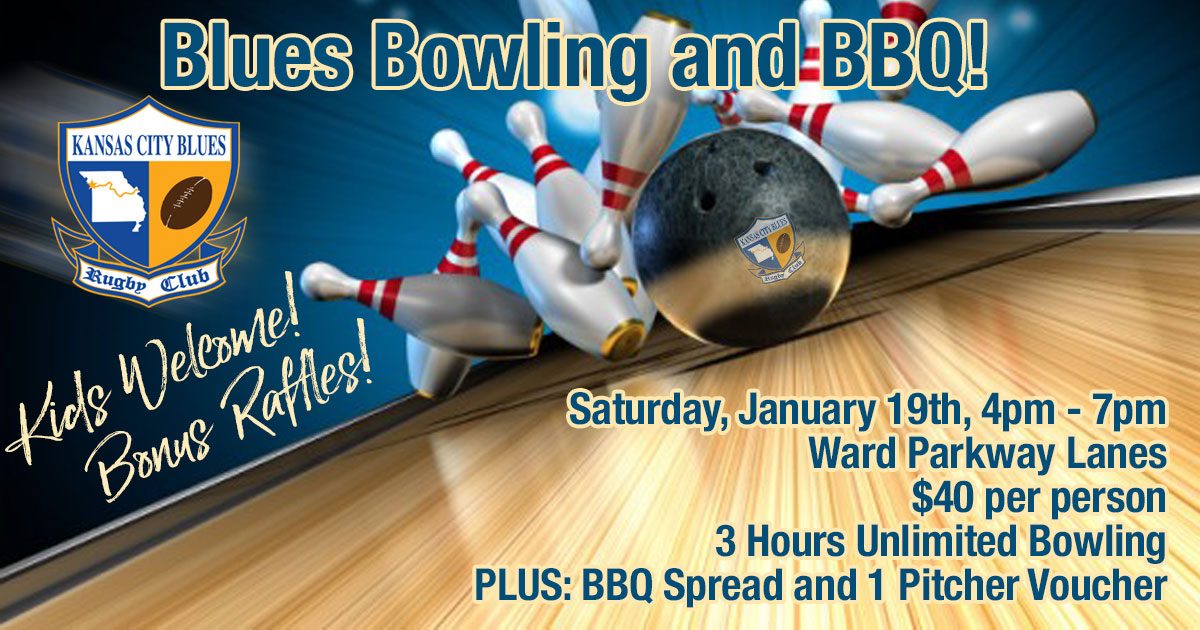