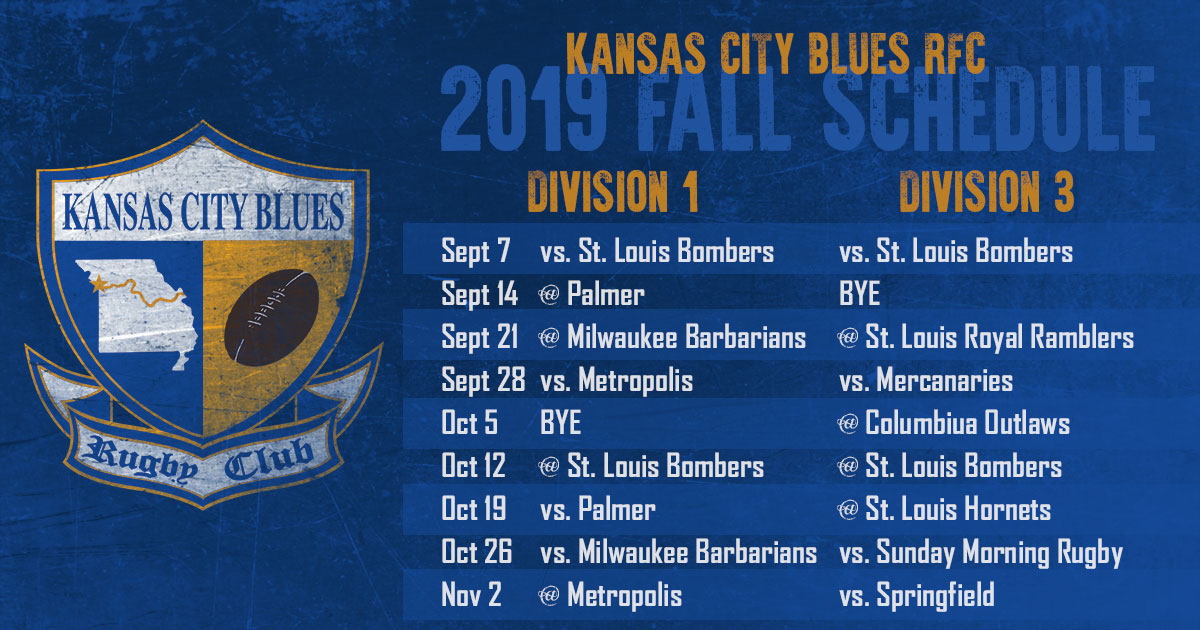 Your Kansas City Blues kick-offed their XVs league season a few days after we hosted and competed in the National Club 7s Championship tournament! Looking back to last year’s season the team came out slow as they developed to coach James Paterson’s new play style he implemented. He came in and taught us how to play around our strengths and play as a unit. Midway through the season the boys could feel the momentum swing as they started perfecting this new system. And by the end of that season the guys knew we had a special and talented team and knew we were back by an incredible club and fan base as well as an impeccable coaching staff.

The club did some big, big, big things this past year and especially this Summer. While we were planning multiple fundraisers and tournaments this summer, the board was also focused on making this Fall season one that no one will forget. With a few spots being left void due to players moving, guys getting to old, IR, and this and that the club realized they needed to bring in the right pieces to fill the voids in the line up. As well as tweak the system so the Blues could continue to improve and be a dominate force in the Midwest again. We saw sparks of it in the Spring when the Blues pummeled the League leaders Metropolis RFC.

The focus for depth this season was the big boys in the pack. There are four key acquisitions this fall, two familiar faces and two new ones. The Blues are bringing back a former Blues Captain and veteran Matt Wirken who will step in as our big bodied lock. Wirken currently plays for the Rugby United New York (RUNY) in the MRL and wanted to come back to compete for a National Championship with his hometown team. As well as Michael Baska, a St. Thomas Aquinas HS legend who went on to play for Arkansas State and Lindenwood where he won a National Title. Currently a member of the New Orleans Gold (NOLA) MRL team. Baska will be playing scrumhalf for the Blues and like Wirken, will bring some leadership and experience to Blues.

The Blues also recruited Kurt Polson who played 8-man for Coach Paterson's old club, the famous High School Old Boys (known as the "Polar Bears") out of Christchurch, New Zealand. Kurt was the MVP in the league Championship for his club last season and we are excited to bring his physicality and explosive presence to the squad. Chris Ross, who’s got the best mustache in rugby, joins us after playing a season abroad at Tairua in New Zealand . Before that Chris played rugby at Arkansas University. Chris brought with him a 6’5” Scottish lock who also played with Chris in NZ. Tom Smith will join Wirken in the second row and be a vital asset to our set pieces.

With the new guys coming in and guys getting brought up this is mixing up to be one athletics gifted and talented team. With the momentum of the end of the fall season and pummeling Metro in the fall the team is eager to throw on the crest and repressing YOUR KANSAS CITY BLUES!

Check the schedule for game info, we can’t do this without you! 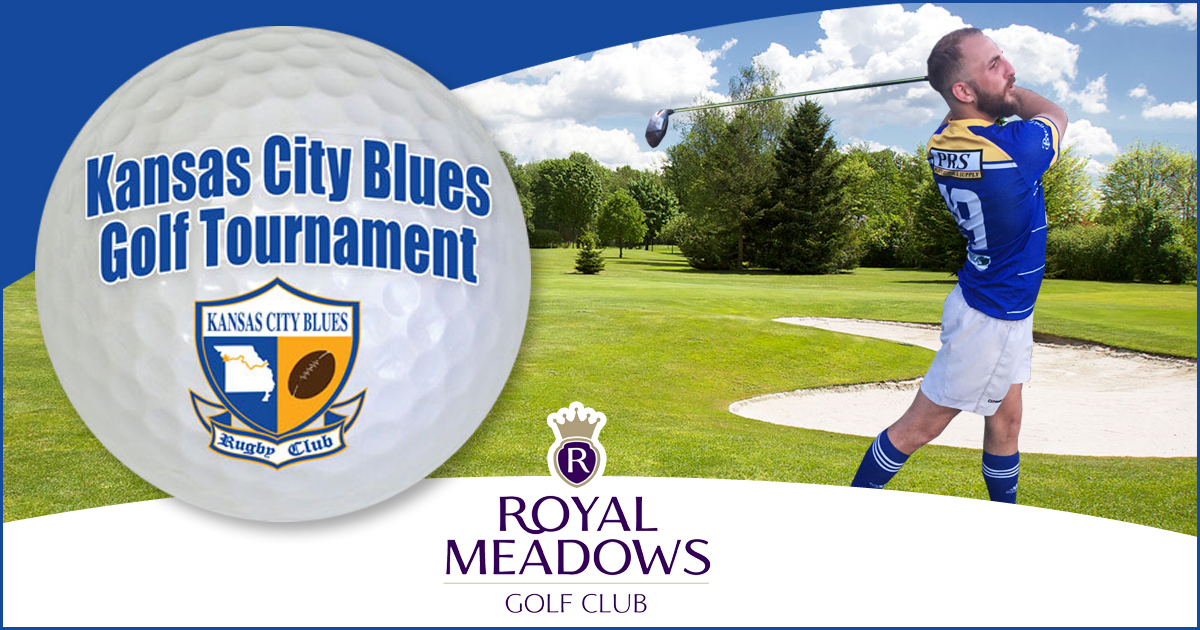