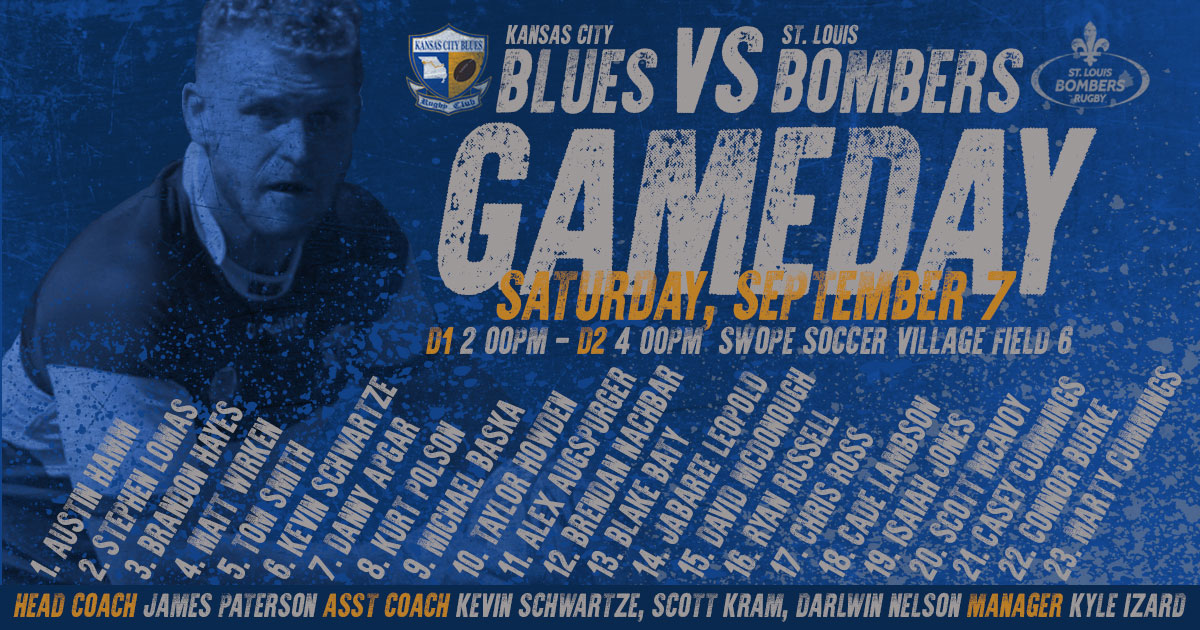 The Kansas City Blues took on the St. Louis Bombers this weekend in two league matches. Our first side toppled the I-70 rivals 72-3 with try’s coming from Michael Baska (3), Jabaree Leopold (2), Kevin Schwartze, David McDonough (2), Brendan Nachbar (2), Danny Apgar & Isaiah Jones. The depth and talent on this team is the best we have seen in several years and as the weeks go on and the team has more time to polish up the system, they will undoubtedly be a very dangerous side.

Forward of the Match for D1 was kiwi, Kurt Polson, who was a unit carrying the ball and brought lumba on defense putting some big hits on the Bombers.

Back of the Match was Michael Baska who controlled the game from the back of the ruck. He was a great distributor on the field and was lethal when he decided to have a dig.

The Blues Second side faced the Bombers second side this weekend as well in a D3 league match where they were able to top the Bombers 42-29. Ahmed Barro was an absolute terror for the Bombers as he dotted down 4 tries, one being a 100m burner off a Bombers turnover that was caused by an outstanding defensive effort from the Blues.

Chase Higgins & Alan Bortolotti led the side defensively with physical tackles and Tom Murphy showed well on offense all day.

The second side has the week off this coming weekend and D1 will travel to Palmer for what will undoubtedly be one of the bigger tests this season. #ForTheCrest #LBO3