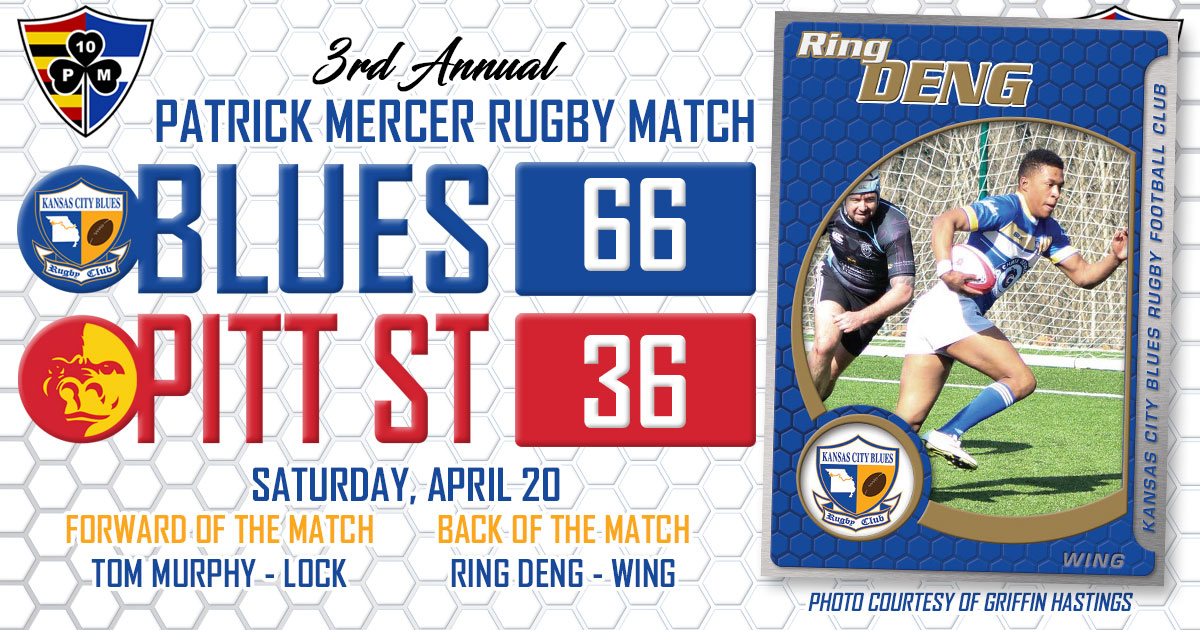 I'll get to the recap of the match in a moment, but first I'd like to share some thoughts regarding the aspect of the match that I felt outweighed any significance of that which took place between the lines.  The Blues and Pitt State rugby communities came together on Saturday as adversaries on the pitch, but united in the common cause of remembering and celebrating the life of a fellow fallen brother.  The clubs stood in solidarity; reminding the Mercer family that they are not alone in their grief; nor that the weight of such a loss is theirs alone to bear.  I've seldom been so proud to be a member of the Blues family than I was on Saturday.  I can't speak for the Mercer family, but I'd imagine seeing such an outpouring of support from so many of those whose lives were touched by Patrick's was a testament to his remarkable character; and served as a reminder that, though he may have passed from this life, his spirit endures through those that carry on his memory and continue to share his stories.  Patrick Mercer will continue to be missed by those of us left behind, but he will only truly be gone when we fail to remember him.

The match itself was a high-scoring highlight reel from beginning to end.  Fullback Ahmed Barro scored three tries, and did a backflip in the tryzone for crying out loud!  Flanker Austin Hamm continues to make defenses look helpless; just willing his way forward with the ball in hand.  Hamm, too, had a three-try day.  Outside center Hank Hudson, little brother of Dash Hudson, notched two tries on the day; one of which was a "cowboy" try that Hank took back for 40 meters.  With the help of Blues mercenaries Jay Allen and Kelley Mercer, Pitt State was able to crawl back from a big deficit to cut things to within striking distance, but the Blues kept rallying and kept the Gorillaheads at arm's length for the remainder of the match.  21 year old Lock Tom Murphy, who ran with the ball like a man possessed, was awarded Man of the Match for the forwards and fellow young buck Ring Deng was awarded Man of the Match for the backs for his all-around outstanding effort.  This issue specifically has been a point of contention in recent weeks so I find it imperative to mention that the sir, Blues alumnus Brian Kelly, did a very fine job officiating the match.  The Blues came out on top 66-43; which is a great result, considering the fact that there are several Pitt State players that we'd love to have on the club after their university days are over. 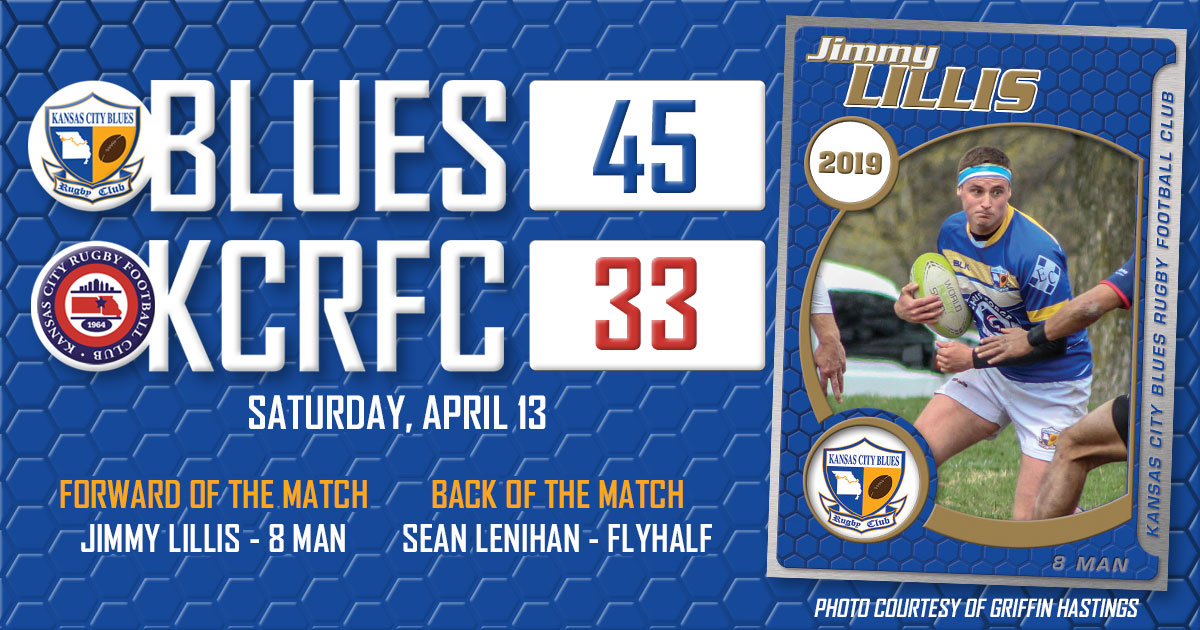